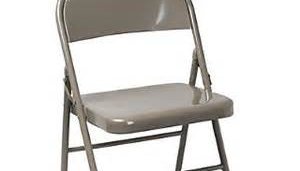 Opportunity is everywhere. You just have to ask “What’s missing?” and “How can I profitably provide that?”

In 2003, our trolley tour business operated from the porch of the Irma Hotel in Cody, Wyoming. Buffalo Bill Cody himself, had built the hotel – and the town – over 100 years ago. The area is filled with fascinating history and our business shared much of it during each 60-minute, 24-mile tour.

Six nights a week, the hotel sponsored an old-west play that ended with a gunfight right in the street in front of the hotel. It attracted over 300 people per night. The show was free but seating was limited to a few picnic tables and the curb. Most people had to stand for the 40 minute show. Operating on the porch as we did, we had a close look at customer discomfort. Many times we’d bring a few chairs out of the hotel for elderly viewers.

The show had been operating over 50 years without adequate seating, yet no one had done anything about it. The more I watched each show, the more convinced I was that opportunity was screaming into the night.

So I ordered a dozen folding chairs. As I unpacked them from the back of my car, one of my employees asked what I planned to do with them. I said "I’m going to rent them for $1 each to people who don’t want to stand for 40 minutes.”

He looked me dead in the eye and said, “That’s the dumbest idea I’ve ever heard.”

Nevertheless, I continued unloading chairs. As I was pulling the 6th chair from the car, a couple came over and asked how they could get a chair. I told them the show was free and they could sit anywhere on the curb, or they could rent a chair for $1 and have a front row seat. They immediately handed over $2. That’s all it took. A crowd of chair-renters gathered and they were actually angry when we ran out within seconds.

The owner of the neighboring motorcycle rental business was watching. He walked up to me with an astonished look on his face, slapped his forehead and yelled, “Chairs! Of course! Brilliant!”

A few days later, I was unloading my 48th chair into a crowd desperately thrusting money at me. My employee sheepishly walked over and acknowledged he'd been wrong, the idea was clearly a winner.

I shared the rental success story with the hotel and made a deal. I’d buy the chairs, set them up before each show, rent them and take them down. We’d subtract expenses and then split the profit with the hotel. They agreed. We soon were renting 175 chairs per night at $1 each for 100 nights a summer. Rentals brought in $17,500 for 6 years, generating a total of $105,000. Just by renting folding chairs at a free show.

Even better, when we sold the trolley business and chair concession in 2009, we convinced the buyer and the hotel to increase the price to $2 a chair. Now they’ve been generating about $35,000 per summer for the past six years. The hotel and new trolley owner doubled their money and customers were still happy to rent those chairs. Everybody wins.

Do the math… that’s $315,000 in chair rentals over 12 years. Of course there were expenses – we quickly hired kids to handle the set-up, rental transactions and take down – and the chairs themselves wore out and had to be replaced every couple years. So all that income wasn’t profit. But the kids we hired and the chair maker benefited from the idea too.

The chair rentals even helped the town’s retail and restaurant sales. In the past, if you wanted a good spot at the gunfight, you had to arrive 30 minutes early to save your place. When chairs were rented, we put sticky notes on them with the customer’s names so they were free to continue shopping and eating right until show time. They’d walk right up to their reserved seat one minute before the show. We estimate this provided an extra 8,750 shopping hours to the town each summer.

Over 50 years, tens of thousands of people saw the same seating problem we did. We just looked at the problem through customer service eyes and asked two critical questions: 1) “What’s missing?” and 2) “How can we profitably provide that?”

If a simple folding chair can generate $315,000, imagine what opportunities are staring you in the face right now.