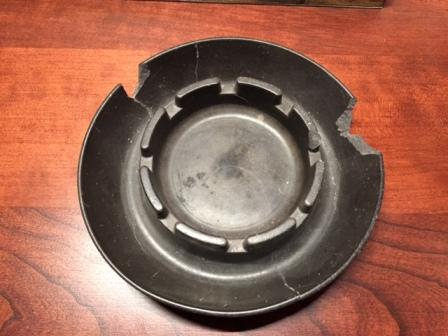 Her name was Juanita and we pretty much despised her.

As head waitress at Mr. Q's Restaurant, it was her job to let us know when our cooking was below expectations. And boy, was she good at it!

So much so, that best buddy Dobbs and I had created - and systematically memorized - about a million Juanita jokes. During one slow shift, I even found myself carving "Juanita is a pinhead" on the bottom of the black plastic ashtray that adorned our table.

One weekend morning, while practicing her criticism during the overnight shift, she took things a little farther than our 16-year-old maturity levels could tolerate. The Dobber had gotten off at 2 a.m. - and not a moment too soon - simmering hotter than the steam table. It was now up to me to cover the remaining shift alone with Juanita until 7 a.m.

I might have made it too, if it hadn't been for that plate of spaghetti she complained about. I think it was another 60 minutes - perhaps it was 45 - before Juanita found herself holding the spatula as the door swung shut behind the cook who just quit.

It was a glorious resignation - the type you dream about - but wouldn't act on in a blue moon. When I knocked on the Dobber's bedroom window at 3:30 a.m., you'd have thought I'd just walked ON the moon.

"NOOO!" He laughed amazed, providing a hero's welcome. "You walked out on Juanita?!"

Places, like melodies, silently hold memories until you return to them. Long forgotten, they pounce into your mind's eye so powerfully, you feel as if you've never left.

And pounce they did as Margie & I took our seat nine years later in the booth at what used to be Mr. Q's Restaurant. Vacationing in 1982, I'd wanted to show the wife the scene of all those stories I'd shared.

It now had a new name, but other than a few different letters on the pole sign, it was as if I'd walked out that very day.

We reached for the same imitation brass door handle, worn silver from thousands of hands grabbing. Were met by the same sweet, deep fryer odor. The same darkly lit interior caused the same momentary blindness as eyes readjusted from the outside sunlight. The counter and spinning stools were still on the left. The cashiers counter remained on the right. The kitchen behind the waitress station - with that very same order wheel that had held the spaghetti ticket - was all intact.

Nine years is forever, and I couldn't be happier that things here had remained so unchanged.

You can do a lot of living in nine years.

Sue had been a waitress when I worked there in 1973! There she was, still waiting the very same tables like I'd entered a time tunnel and found myself spit out nine years older - right in the middle of her section.

She didn't recognize me at first, which gave me time to recover from the shock. And check her for cobwebs. On her second trip back to the table she remembered.

We spoke of what we shared - Mr. Q's people and history. We updated each other on the nine years since. Her story was so short, played out within such tight boundaries, so much the same old thing, that I toned mine down to match. And then she left us to our lunch - and me to my thoughts.

Nine years! The woman hadn't changed one bit! She hadn't learned. Hadn't experienced, or risked, or moved, or pushed herself to new goals. She'd accepted that low-paying job and hung on. For nine whole years, her life had grown no larger than the confines of that dark little restaurant.

Somber, I shared my thoughts to Margie, while my hand absentmindedly reached out to our black plastic ashtray. This one cracked and glued, its repair told volumes about the frugality of the owner. And then I flipped it over.

I stopped in mid-sentence, stunned. 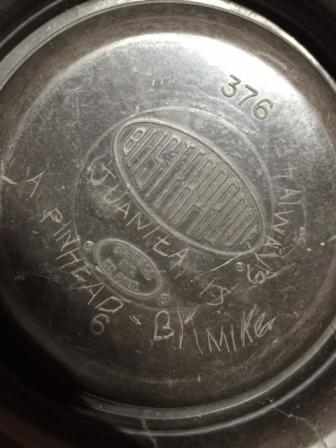 What you put out, always comes back.

And it was true. As a manager, I was grappling with the difficulty of critiquing others' work. And more than once, some disgruntled employee had walked out on me. The longer I'd managed, the more I understood why Juanita was Juanita. And the less funny my story of walking out on her became.

But even so, I still pocketed that ashtray. Now retired forever from snubbing out cigarettes, it's displayed with our other meaningful mementos.

In a strange sort of way, that ashtray received better treatment than Sue.

It at least, wasn't left behind.