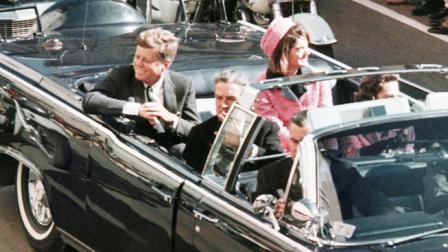 The seed of my investment success was planted on November 22, 1963. I was participating in our first grade reading circle when it was announced President Kennedy had been murdered. Being a Friday afternoon, school was cancelled and I went home to a weekend filled with weeping adults, shaking their heads, transfixed on the television. Even then, at age 6, something felt drastically wrong.

Six years later, I read ôRush to Judgment,ö the first of hundreds of books that challenged the governmentĺs version of the assassination. Since then, I have invested thousands of hours researching and studying that event. It destroyed my trust in authorities and ôexpertsö forever.

I continue to be amazed that mainstream media still spouts the official story which is such an obvious lie. Becoming my own JFK assassination expert taught me that people in suits, on national television, can look very authoritative and confident while speaking total and complete nonsense. Iĺve been a contrarian ever since.

The same scenario is happening today concerning the state of the economy and your retirement. Television financial ôexpertsö tell us the economy is fine and the only way to retire is to work decades while sending a chunk of our hard-earned money to ôexpertsö who will ôinvestö it in digital and paper accounts. My 10,000 hours of research tells me the exact opposite.

These ôexpertsö promise that if we give them enough real money, over enough years, at age 65, weĺll be able to stop working and live off our nest egg. They never mention that returns on our investments are so low now that even the people who followed their advice for decades still canĺt retire.

If our money in these accounts is actually real, and actually ours, why are there rules preventing us from spending it for decades? They donĺt want us withdrawing that money because they already spent it paying themselves fees for purchasing over-priced and over-leveraged paper and digital ôinvestmentsö to get us a decent ôreturn.ö If just 3% withdraw their money, there wonĺt be enough liquidity left for us.

Now consider the biggest population bubble in US history is reaching retirement age at a pace of about 10,000 people a DAY. Thatĺs a lot of withdrawals occurring RIGHT NOW. A massive financial ôresetö is a certainty. The only question is when. In the meantime, the purchasing power of your investments is melting nearly 10% per year (ShadowStats.com).

Groups always go insane before individuals. Failing to realize this is going to cost millions their retirement savings. Itĺs a spectacular tragedy that is unfolding right now. But it doesnĺt have to happen to you. You can become your own financial expert. And you MUST. Itĺs the only way to protect your life savings.

Fortunately, there IS a way to protect yourself from low returns, high inflation, unfair taxes and liquidity risks. This brilliant alternative can also provide financial and time freedom within 12 months no matter how much money you have right now.

Haven't heard of such a thing?

Maybe it's time you became a contrarian too.