The Day We Nearly Bought The Field of Dreams

“The Field of Dreams,” starring Kevin Costner, features ghost players who materialize from cornfields that surround a baseball field in Iowa. The movie teaches that chasing dreams sprays miracles in all directions, not unlike line drives from an exhausted pitcher. It’s the most iconic baseball movie ever made. And the movie site was up for sale.

Perhaps. But not before crunching lots of numbers. The famous ball field, farmstead and 193 acres was listed for $5.4 million. So we took a road trip to look for ourselves. 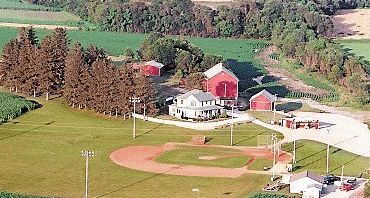 The farmstead looked just like the movie we’d viewed a dozen times. Located outside Dyersville, Iowa, it included the farmhouse, barn and famous baseball field. The outfield fence was still corn. A souvenir stand had been added. Admission was free and anyone could play on the field. 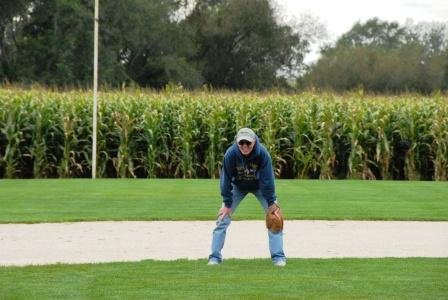 There was a constant rotation of visitors/players jumping into the pick-up game that never ends. I played infield, outfield, walked in the corn and took my turn at bat. Margie & I sat on the bleachers where Costner, during a lull in filming, carved “Ray Loves Annie” with a pocket knife. 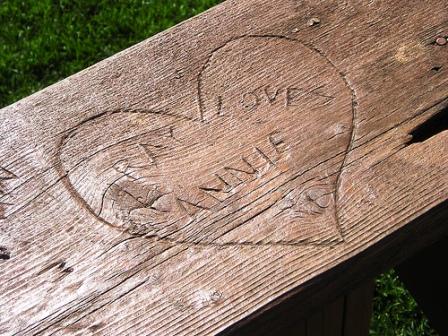 We felt the magic and fell in love with the property.

We were just brash enough to believe we could figure out a way to make it ours. Part of that guile was earned, part of it wasn’t.

Starting with no money, we’d launched a trolley tour business and bought two mobile home parks. Along the way, we learned that when buying a business, if it pencils out, and you’re a reputable, friendly buyer, the banker and seller will work hard to help you finance the deal.

The trouble was, The Field of Dreams did NOT pencil out. It had a small income stream. Just souvenirs and farm income. The family had farmed the property since 1909 and insisted that the ball field remain free for everyone who visited.

This despite the famous James Earl Jones speech in the movie. 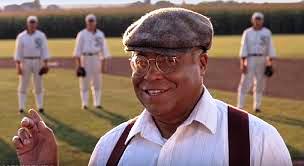 “Ray, people will come Ray. They'll come to Iowa for reasons they can't even fathom. They'll turn up your driveway not knowing for sure why they're doing it. They'll arrive at your door as innocent as children, longing for the past. Of course, we won't mind if you look around, you'll say. It's only $20 per person. They'll pass over the money without even thinking about it: for it is money they have and peace they lack.”

To us, that was a license to charge $20 admission. James Earl Jones said so.

Annual attendance was 60,000 people. That’s potentially $1.2 million a year with no other changes. We figured we could increase attendance enough to offset any new expenses so the property would pay for itself in less than five years. Then we brainstormed a dozen other ways to earn revenue. Hayride tours of the property. Movie nights on the outfield grass. Renting the field to baseball tournaments. Using the existing homestead, outbuildings and 193 acres for various complementary events and income generators.

Despite our tourism and real estate experience, this was a big stretch for us. We lived three states away. We didn’t have a 30% down payment. Our plan was just a projection, not existing, actual results.

We’d have to turn our life upside down to make this work. We’d have to move there. Work it full time. Create new income streams and local partnerships. Go all-in. The property was so loved, by so many, that it deserved to be a spectacular success. It was a high visibility gamble.

Our then-current financial plan was moving away from must-be-there income and toward passive income. This new property seemed to be a season ticket to perpetual work, not to perpetual Saturdays.

So after a gut-wrenching, melancholy goodbye, we watched the dream fade in our rear window. We never made an offer. 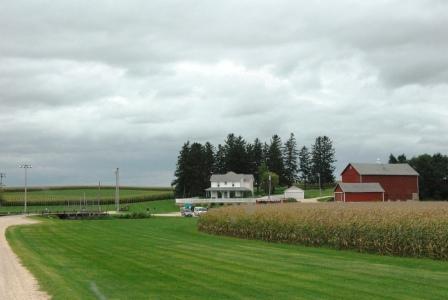 A year later, the property sold to an investment group that included Wade Boggs and Mathew Perry. They negotiated the price down to $3.4 million.

The group planned to preserve the movie site and invest $70 million to build 24 baseball fields and several hotels on the 193 acres. Traveling teams could then book weekend tournaments and stay right on the property. The rural neighbors balked at the scale of the project and a huge legal battle ensued. The Iowa Supreme Court finally ruled in favor of the development going ahead. But the developers shrunk their plans to just six fields. I’m not sure if those were ever built. They do rent the movie farmhouse for up to $2,500 per night. Annual attendance has increased to 100,000. They still don’t charge admission.

For us, this was a case of an opportunity arriving before the opportunist was ready or willing.

The opportunities we chase must match what we truly desire from life.

It fits my decade-saving early retirement formula: buy one business or property with a large enough income to pay all its expenses, a large mortgage, a manager to run it and all your personal bills and more. Buy one good property and you're done working for the man forever.

The real gift of this visit to Iowa was expanding our minds to bigger possibilities. We’re normal people who now realize we can buy any business or property if it pencils out and we passionately want it. Today, we don’t look at businesses and properties as customers, we look at them as potential owners. Everywhere we go, we see opportunities to buy passive income streams.

Just last night, we watched “The Field of Dreams” for the 13th time. We smiled, knowing that in an alternate timeline, we took that plunge. We moved to Iowa, cultivated that corn, charged admission, became filthy rich and carved “Mike Loves Margie” on the bleachers.

Or, we met Kevin Costner, embraced the Hollywood crowd, became addicted to crack, slept with movie stars, divorced, and died broke in the parking lot of a drug rehab center.

You never know where a choice will lead.

But I know this. The freedom to stay detached and evaluate many opportunities is a bigger kick than diving in and actually committing to one.

Yet, jumping in and immersing yourself in a single opportunity causes actual growth, rather than a mental fantasy. Real experiences blast you out the other side a bigger, more confident and aware person. 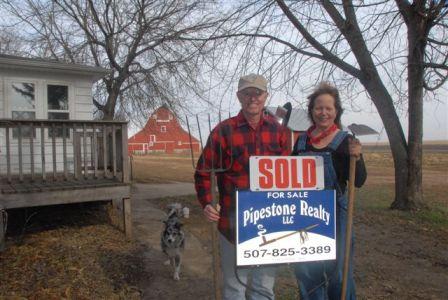 A year later, we jumped in and bought a six-acre hobby farm in southern Minnesota. Surrounded by corn, it looked remarkably like the Field of Dreams movie site. It needed a big rehab. But its low $79K price didn’t require us to get a big loan, charge admission or create any type of income stream. The vacant acre in front of the house cried for the construction of a baseball field.

But that’s another story.

That was the exact same day the investment group bought “The Field of Dreams.”