The Lost Wallet Stuffed With Cash 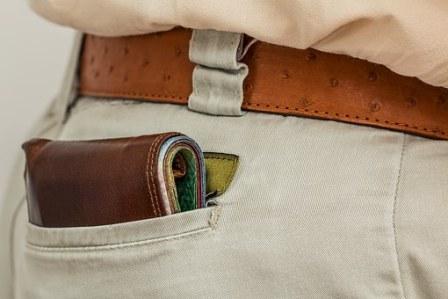 Popcorn, dipped in peanut butter, kept me alive for 9 months.

When a rare windfall exceeded a dollar, I splurged by buying 10 wieners and 8 buns. I could feast for a week on those.

I was 19 and totally lost in doubt, doom and doldrums. Girl friend left, car repossessed and part-time job wasn’t enough to pay my bills. I was just one calamity away from writing a country western song.

But instead, I hatched a plan.

I was walking a mile to work anyway, so I directed all my sensory perception toward locating a wallet that some poor sap had dropped along the road. I had no evidence that such wallet existed, but I believed.

Sun-faded Big Mac boxes were the worst. They were dark and square. Just like that wallet. Jolts of maybe, followed by dives of disappointment, was the roller-coaster I traveled all the way to work.

I don’t know why it took so long to wise up. I was too proud to ask for help. I’d had just enough past employment success to catch a glimpse of my inner light. But the negative groove that contained my life was so deep I couldn’t see outside the groove. So my momentum kept rolling along that channel. I began to believe I deserved the groove. My light was dark.

Then miraculously, one day, shuffling along the groove, I kicked The Wallet.

It arrived in the form of a phone call from Fred, an old boss. He’d remembered my inner light and offered me a job 1,800 miles away, at a salary five times more than I was earning.

I said no thanks. I was comfortable where I was.

I told you it was a deep groove.

Fortunately, Fred was clairvoyant and realized my words did not match my reality.

A month later he called again with the same offer.

I declined again. I was now officially an idiot. A broke, starving, stubborn idiot.

I don’t know what changed when he called the third time. Maybe the popcorn and peanut butter had made me delirious. Maybe I’d seen one-too-many Big Mac boxes on the roadside. Maybe him talking to me like I actually had value did the trick.

Within a few weeks I’d given away everything that wouldn’t fit into three cardboard boxes and hopped on a one-way plane to Florida. Fred bought the ticket. I stiffed a couple creditors on the way out, leaving me enough folding money to survive until the next paycheck. The GIANT paycheck.

Fred put me up in his apartment. I dove into fulltime work. I rediscovered my light. I started cutting a new groove. Karmically appropriate, the job involved folding Big Mac boxes. I was an assistant manager at McDonald’s. And the wallet stuffed with cash was MINE.

He didn’t just save me from poverty and starvation.

He didn’t just save me from depression and hopelessness.

He didn’t just hand me a better career groove.

On the night I arrived, after touring my new workplace, Fred drove me to the second McDonald’s in town, telling me how he was tasked with opening three more.

Hungry, with cash in my pocket for the first time in months, I stepped up to the counter to order a meal. A stunning brunette flashed a radiant smile, perfectly performed the six steps of service, and even ran to collect my food.

There was no problem seeing HER inner light. Dazzled, the best I could mutter was “I’m impressed.”

Somehow, she was too. I woke up next to Margie this morning.

Four decades later, light years down a path that my 19-year-old brain would say was impossible, perspective makes it easy to see that I was right to believe in that wallet stuffed with cash. Someone had lost it alright, but that someone was me. I found my own wallet.

Everyone has a wallet stuffed with cash waiting to be found.

Occasionally, while performing our duties as boss or landlord or parent or teacher, we encounter a light who has gone dark. This is the pivotal moment when stories like this are spawned. What we do next either stays safely within our job description or reaches out into uncharted humanity. Being in position to help a troubled soul find their light is a rare and precious gift. It’ll be a top 10 life experience for you, and perhaps a top one experience for them.

We catch their attention first by shining our light, but we make the most impact by reminding them they can use their own light. Inspiration always trumps instruction.

Now *I’m* the one in position to remind other souls they can use their own light.

And you are too. 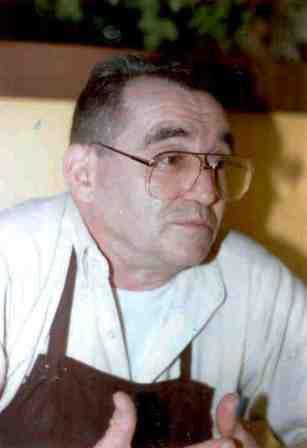