Love Your Kids? Make Them Work 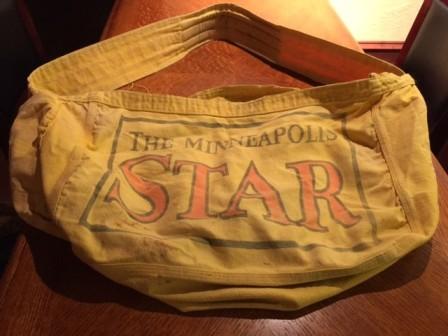 I think I’ve lived a third of my life before dawn. I love getting to an empty world first.

It started with a newspaper route. That was an amazing amount of freedom for an 11-year-old. I’d rise at 3:45 am, dressing as gracefully as a Shaolin priest, soundless, weightless, no footprints left on the rice paper. Awakening grown-ups in a dark house only brings trouble. Out the creaky screen door at 4am. Creaks can’t be silenced, but by slowly, carefully, increasing the space between the notes, muffled.

The air is different at 4am. It’s damp. Heavy with morning nutrients. Unbreathed by others. It smells like trees and grass and soil with a slight finish of sparrow.

The world is mine at 4am. Few other life forms have discovered this secret. I’m invisible between the street lights. I walk down the middle of the empty two-lane artery just because I can. My newspaper bag will never be lighter than it is right now. It’s the only identification I need if a random cop cruises by. He’s got a route too.

My mind drifts where it will. It’s spring. Too muddy and chilly to bike, but warm enough to ditch the parka and boots. Tennis shoes are so light after a Minnesota winter. But still heavy enough to break those thin ice sheets scattered about the April thaw. The Twins are playing the Orioles tonight. Mr. Snyder assigned us that story to read to class today. Crap, it’s still not finished.

I’m still too young to swear in my own head.

But that’s all gibberish to an 11-year-old.

I imagine the chocolate long john that awaits the completion of my route. The bakery opens at 5:30 and I’m usually their first customer. They’re as happy to see me as I them. I trade a freshly-printed newspaper for a freshly-fried confection. I sit on the orange, Naugahyde bench next to the gumball machines. If you rush the sights and smells of a just-open bakery, your priorities are way out of whack.

But the bakery is still 90 minutes away. I’m still walking to the paper stop. It’s about six blocks from home. I’ve only had the route four months so there’s still anxiety. I took it over from Paul in January. We did it together for about a week before I soloed. It was a disaster.

I delivered four papers before panic struck. It shouldn’t have. I had the list of addresses. I had a flashlight. I had time. But I didn’t have control of my mind.

I encountered a house with no address number. Was this a customer or not? I couldn’t remember. Uh-oh. I looked at the remaining newspapers and multiplied this confusion by 41 times. Untethered, my mind ran down the rabbit hole. I was swallowed by darkness and fear. I was 11.

I abandoned the route, pounded on Paul’s door and tearfully begged him to help me finish. Of course he did. The work was easy, standing next to Paul’s confidence of having already mastered the job. He later said my 5am plea was the most pitiful scene he’d ever witnessed.

The next day I soloed again. Successfully. I quickly memorized all 45 customers by house appearance, but still carried the address list as a safety blanket. You know, just in case.

I approach the coin-operated paper box under the street light. I check for coins that customers dropped into the snow. Paydirt! Five dimes and a gold washer. Newspaper truck drivers open the box with the washers. If you get there right after the snow melts, you find months worth of dropped change. Just another perk of getting there first.

I get to the paper stop before the truck driver. But just a minute before. The panel truck’s brakes squeak, the door slides open and I’m immersed in heat, coffee and WCCO radio. Focused on his counts, the driver is all business. Neither of us catch the irony of a 50-year-old man and an 11-year-old boy sharing similar deliveries on opposite ends of the food chain.

I count out my 45 papers, leaving the rest for the other carriers who have yet to arrive. I open my route envelope. No service errors from the prior day. If you miss a house, and they call the newspaper office, my boss has to deliver and I’m charged 35 cents as a penalty. I never get service errors. The envelope does contain one stop order and one start order. People go on vacation. People start new subscriptions. People quit their subscriptions. As an 11-year-old, I can’t influence any of that. All I can do is deliver the paper where they want it.

The weight of the papers requires placing the strap of the bag on our head with the full bag laying on our back. This set-up looks ridiculous and cruel on an 11-year-old. It only works on weekdays. We quickly learn how to reach behind us into the bag, contorting arm sockets, to grab a paper without removing the bags from our heads. Sunday editions are too fat and need a wagon or paper cart.

Once I get down to 30 papers I move the bag to my shoulder. Once down to 10, I jog the rest of the route. The bakery is another 6 blocks in the opposite direction from home so I only go there if I’m biking or the district manager picks us up in his car to help with vacant routes.

What’s the payoff for all this work? $30 a month. Which in those days, for an 11-year-old kid, was enormous. A couple years later I added an afternoon route and gained another $30 a month. Then the paper stop was moved to my house, adding another $20. That required me to work 7-days a week, year-round.

But I looked at freedom different back then. The routes gave me freedom from my home and parents, which was priceless. Then I purchased a 10-speed Schwinn. That and money in my pocket, gave even more freedom during those summer daytime hours.

In fact, riding that Schwinn Varsity on a warm July day, with best-buddy Dobbs to the Dairy Queen, was as free as I’ve ever felt. I’ve spent the rest of my life trying to duplicate those feelings.

Decades later, I’ve learned we don’t have to turn our lives upside down to recapture childhood feelings of freedom. We can make the same journey in our heads, anytime we like.

But it’s double sweetness to have it both ways. Without that first paper route, I'd have never arrived.