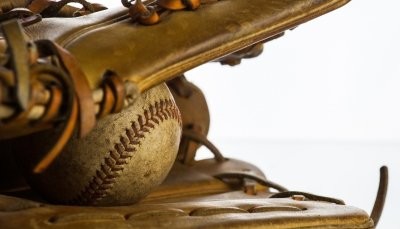 I never volunteered for the trip, but time travel seldom asks.

One instant I was serenely seated at the computer and the next I was startled to discover myself standing in Neil Rassmussen's living room.

Such is the power of just one Simon & Garfunkel melody. Ready or not, "I Am a Rock" always sends me 1,000 miles east and 50 years south, back to my summer-of-69 baseball buddy.

Neil Rassmussen played first base on our Little League team, Winn Stephens Buick, named after the team's sponsor. For never meeting Winn, our minor-league team sure lived up to his name, finishing the year 19-0, Winn-ing every game, including the St. Louis Park championship.

As 12-year-olds, with a summer off from school, in the middle of this winning streak, life was good.

Standing in Neil's living room, waiting to receive something I'd coveted for weeks, made it even better.

Neil owned the greatest baseball glove ever made. The tanned hide had worn shiny-smooth from years of sucking baseballs deep within its pocket. So smooth, and so large was this pocket, that the leather had stretched paper-thin across its entire palm. By tucking my index finger outside and behind the glove's finger hole, I could just barely tolerate the pain of catching a ball. But once it slid securely onto my hand, I could catch anything.

I knew this was true because I borrowed Neil's glove every time he experimented with a new first baseman's mitt. A few painful - but miraculous catches later, I was convinced - and just had to have it. Fortunately for me, Neil's hand had out-grown the glove.

So one July day, standing in his living room, with "I am a Rock" cementing the memory, he presented me that wondrous glove.

We spent the rest of that summer playing ball and joking around. Sarcastic comments were our specialty and we constantly practiced on each other. After each at-bat we'd chide the other on how "cheap" their hit was. Whether you blooped a pop-up over the first baseman's head or smacked a line-drive up the middle, there was no escaping the "cheap hit" banter.

When we tired of that we moved into the sarcasm big leagues - under-our-breath comments while coach Dick Hamer addressed the team. Talk too loud and ...

"RASSMUSSEN! JOHNSON!" Hamer would boom. "Do you want to share this story with the rest of the team?"

Hamer, the best coach we ever had, was a disciplinarian who thought little of wisecracks but much of us. "You don't have to lose a game," he used to say, focusing us on the task at hand, "Because you'll lose enough in life later."

He got onto Neil & I regularly, although I swear I once caught a glimpse of him swallowing a grin after bellowing in our direction.

Neil and I went separate ways after the season ended and didn't meet again until our junior year, five years later, sharing a creative writing class.

What I saw shocked me.

Neil had gotten into drugs in a big way and it showed. I knew he was in trouble but didn't know what to do. He knew it too. But neither knew how to bridge into the subject. So we groped for familiar ground, avoiding the embarrassment felt from the huge difference between us.

I'd hand him a story assignment for constructive comments and he'd return it: "What a cheap story Johnson! Dick Hamer would be proud!"

His work would return with my scrawl: "RASSMUSSEN! Do you want to share this story with the rest of the team? Love, Dick Hamer."

We spent the year doing endless variations on this familiar joke and never did confront the real issue. When the school year ended, I never saw him again.

As the last of the song that transported me here faded away, so did the images of Dick Hamer addressing the team. And that magical 19-0 Little League season. And Neil Rassmussen slowly handing over The Glove.

Back in the present, try as I might, I couldn't remember what became of that treasured mitt.

But I do remember looking up Dick Hamer and receiving his letter. Written in August, 1990, 21 years after our glorious season, he talked about that team - and what had happened to the members on it. I wasn't prepared for the sentence that leaped off the page.

"Although a star and looked up to by the other kids on the team, Neil Rassmussen died of a drug overdose quite a few years ago ..."

But old habits die slowly. I found myself grinning from the comment that instinctively popped into mind - and knew Neil would chuckle too.

Was there anything I could've said 50 years ago that would've made a difference?

When my words were needed the most, I'd said nothing at all.

Simon & Garfunkel must have known it too. As my faraway eyes slowly returned to the computer screen, another of their melodies played in the background - "The Sound of Silence."