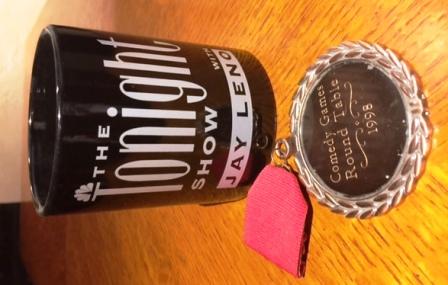 Do you ever think about the road not traveled?

Was it due to fear? Self-worth? Family obligations?

I could've written comedy for television & movies. I've always been funny. Then I got serious about it. When AOL was launched in the 1990's, I invested thousands of hours in chat rooms, practicing "sit-down" comedy in front of strangers.

Chat rooms are perfect for comedy. Random comments scrolling across your screen must be tweaked, combined or riffed within the instantaneous timing required to create a laugh. You have to be quick, concise, clever & drop-dead funny.

Due to audience response, I knew I had it. So I attended a comedy writers training conference in Los Angeles.

The instructors had written for Jay Leno, Carol Burnett & Bob Hope. I was stunned to discover I was funnier than them all.

The head writer for Jay Leno said something I will never forget. To him & his team of a dozen writers, creating the required number of jokes each night was a relentless job. I saw it as a privilege. Yet another example of realizing high-rollers are just normal people. And in many cases, ab-normal people.

Bow before no man. Sometimes you ARE the smartest person in the room. You just need to summon the audacity to believe it.

And then decide to take a more fulfilling road.