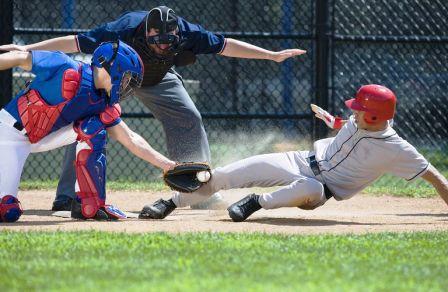 Will You Make the Right Call?

I owned a community newspaper. I also volunteered as an umpire for Little League. Oops.

I was covering home plate. Jesse was on third base. The batter slapped a one-hopper to the pitcher.

Jesse broke for home. The pitcher threw a perfect strike to Derek, the catcher.

Jesse was going to be out by 15 feet.

As he slid in low, Derek tagged high. Standing right over the plate, I was the only one who could see it clearly. Jesse’s foot touched home plate before Derek’s tag hit Jesse’s chest.

I knew my call was correct. But it looked wrong to everyone else, my customers. They let me know. Loudly.

Once again, I was the contrarian.

Our newspaper’s motto was “no crime, no controversy.” We printed good news only.

Bad news was easy to collect. Just print police reports. The other newspaper did. But that made our quiet community appear dangerous. Which was not the right call.

So we looked deeper, finding & publishing the unreported good to balance the scale. Safe!

Is it easier to just go along with surface appearances?

It must be because so many people do.