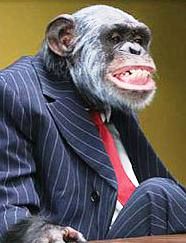 At 9:05 he started yelling at us about someone being late. But we were the employees who'd arrived on time. This fact escaped the worst boss I ever had.

His rant lasted 10 minutes, which put us even farther behind. Unfortunately, "Phil" walked in after 9 minutes. He was delayed due to solving a work emergency. None of us knew that at the time. The bad boss never bothered to ask.

Phil was publicly scolded & ordered to deliver a 3-minute presentation on the importance of timeliness at our next meeting.

We inwardly cringed, looking away, to avoid becoming the loose cannon's next target.

Next month, Phil delivered his 3-minute speech. Unfortunately, it lasted 15 seconds too long. The bad boss chastised him again & ordered Phil to deliver another speech at the next meeting, this time on time planning.

Fortunately, Phil never did. The harassment was reported & the bad boss was fired. Not only was he an asshole, he'd been stealing from the company.

The bad boss oversaw 800 employees at 90 locations, doing $80 million sales. He'd been a jerk for years. Unchecked, he finally went too far.

How'd he get the big job? Where were his superiors all that time?

This is the trouble with employment. You're dependent on others. Your time & income are hostage to random bad bosses.

There are much better and safer ways to earn income.