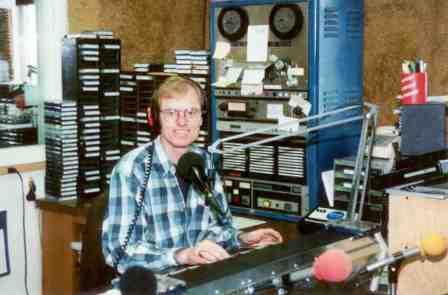 In Radio, It's Not the Size, It's the Frequency

Twenty-odd years ago, I invested 15 months employed as a part-time radio DJ. I wanted to learn the inner workings of radio.

KODI 1400 AM, was an oldies station. I held the job until the learning curve leveled off.

The weekend shifts were horrible but the experience was worth it.

These were the days of reel-to-reel tapes for music & deck cartridges for ads. I had the freedom to introduce songs & broadcast my own comments & fillers. I read the national news as received by the AP teletype. I created my own weather reports, imagining myself as Al Sleet, the hippy-dippy weatherman parodied by George Carlin. ("Tonight's forecast... Dark. Followed by widely-scattered light in the morning!")

In short, I had a blast.

The paycheck was a bonus.

I often wondered if anyone was listening. Pretty much the same feeling as posting here.

Later, I used this learning & confidence to produce award-winning radio ads, Rotary Show parodies & even an audio tour for the Buffalo Bill Dam. Some of those clips are linked on my home page.

The radio job amplified my own best employment advice: Take a job to LEARN rather than earn. In that way, you get paid TWICE.