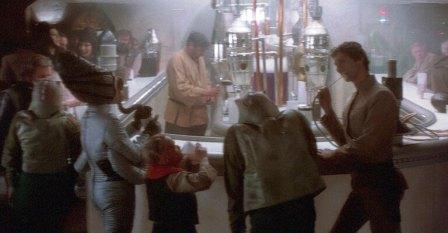 The Far Edge of the Internet

Like the cantina in Star Wars, the far edge of the Internet is a hive of scum & villainy. But it is also where Obi Wan & Yoda crest the horizon first.

The edge of the Internet provides startling truths years, months, weeks & days earlier than mainstream media. But it’s camouflaged by space debris. It’s up to you to sort through the spoils & find the gold nuggets.

Mainstream media sorts through the spoils FOR you & then offers you … more spoils. They call it “news.”

Pick any topic & the edge of the Internet offers a buffet of deeper & contrary information. Mainstream media offers a peanut butter sandwich.

The herd tells you mainstream media is the only “credible” source. A storm trooper tells you Darth Vader is the only credible leader.

It turns out that once free, we're smart enough to do our own curation.

Fit in or fall out?

Like most things in life, it starts by default or choice & becomes habit.