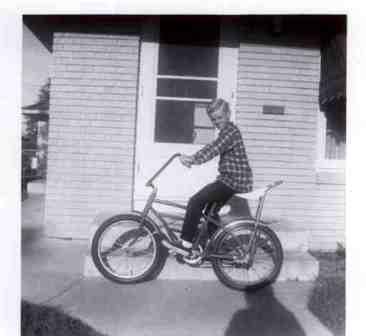 The Magic of Gears

If I could put freedom in a bottle it would smell like rubber bicycle tires.

My first “gomance” was with a Schwinn Sting-Ray. In the 1960’s your bike had one gear – YOU. Range was limited by brute strength & stamina.

But it was enough to get to school, the store & baseball practice. That bike earned its keep rolling through yards flipping newspapers.

Paper route money allowed me access to the black magic of gears.

Then “real” jobs entered the picture & I forgot the magic of gears.

My income had one speed – ME. Paychecks were limited by brute strength & stamina. And a new headwind appeared – TIME.

You can only work so many hours per week.

I pedaled alone, against the wind for decades.

In 1990, I started a side business. That snack vending biz earned money without my presence.

I no longer pedaled alone. Harnessing the gears of freelancing, business ownership & income properties led me to passive income.

Today, freedom still smells like rubber tires, but with a slight finish of currency.