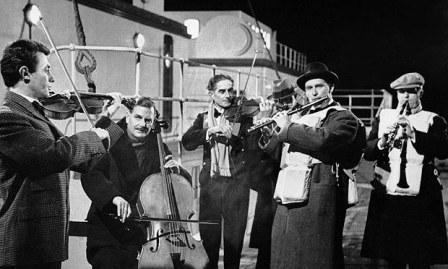 Your Seat on the USS HyperInflation

You're on the Titanic. You've hit the iceberg. You've done the math & know the ship is doomed. Another person, oblivious to such possibility, still operates the dessert cart.

You happily exchange a dollar bill for a slice of cake. Make it two.

While the unaware & confused carry on normally, you're studying those lifeboats. And making a plan.

Today, you hold a seat on the USS HyperInflation. It already hit the iceberg.

Your purchase power is now melting by 1% to 10% PER MONTH depending on what you buy. Food, gasoline & lumber are all increasing by high double or triple digits.

An ocean of dollars is flooding the world. Forty percent of all dollars ever issued globally, were issued in the LAST 12 MONTHS! Yet the band still plays, the officers still smile.

Savers are drowning but don't know it because they're told more air is coming in than going out. They haven't looked deeply into the math. They trust the officers.

Dollars & digits now carry the same value as money during the last two hours on the Titanic.

The smart money is immediately trading it for real cake & real lifeboats.

What's in your wallet?