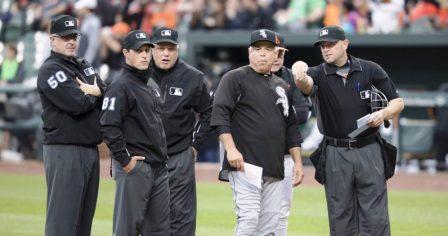 Imagine stepping into a baseball game in the 9th inning.

"Wait a minute here," you say to the 16 umpires. "None of this is allowed in the rules."

"There's only supposed to be 9 players on defense! Look it up in the rules."

"Look kid, we've been playing like this for years. We MAKE the rules. One more comment & I'm throwing you out of the game!"

The rule book, of course, is the US Constitution. We've all stepped into the game 200 years after the rules were written. They precisely spell out the 17 limited authorities the federal government can lawfully perform. Now they unlawfully perform hundreds.

Federal leaders are in flagrant violation of the rules. Even though they must take a sworn oath to obey them before taking office.

Worse, most citizens have never read the rules either. So now, anything goes, at the expense of our freedoms, livelihoods and very lives.

Government used to be a fun game. Now they've ruined it.

And we let them get away with it. Even though there are 330 million of us and only a few thousand of them.