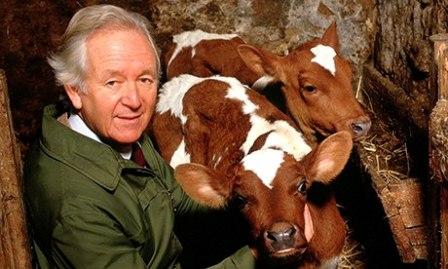 I lean more British every day. Lately, it’s an afternoon tea in the gazebo, reading a spot of James Herriot. The Yorkshire vet was a master storyteller. Now deceased, he still triggers grins & guffaws from the grave.

I’ve immersed myself in his short stories for decades, so am now a re-reader. But I still grin, guffaw & glow from his work. That’s some literary power right there old chap.

Like the lovable hounds he healed in the high dales, his stories generously mark all who read.

What will you leave behind?

A business for your family?

An inheritance for a charity?

A life well-lived as an example?

Encouraged thousands of boys & girls to become veterinarians, including his own son.

Sparked thousands to become writers & pushed established writers to step up their skills.

Deep inside, we all want to matter.

His legacy is so large it absorbed the man who created it.

If you’re not familiar with Herriot, treat yourself.

If you are, you know exactly what I mean.