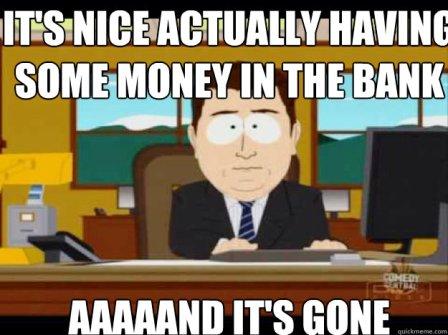 The Hard Truth About Your "Wealth"

Paper, dollars & digits are melting fast. The typical investor has seen the value of his stocks, bonds & retirement accounts drop at least 20%. What's left is losing its purchasing power by 17% a year (shadowstats.com). This won't stop until it's virtually all gone. The smart money knows this & has long ago converted their paper, dollars & digits to real, physical assets & goods.

Here is an excellent reminder from Chris Martenson:

"Currency (“money”) & debt are not wealth, they are claims on real wealth.

"It’s common to mistake money & debt as wealth. If you own a billion dollars of US Treasury notes & corporate bonds you are said to be very wealthy.

"But what do you really own? You own a billion dollars (plus interest) of claims on the future cash flows of the issuers of the bonds. But the bonds themselves are not real wealth in the sense that you can eat them, live in them, or do anything except admire them in your portfolio. We own claims on wealth so we can someday consume or possess actual wealth.

"To do anything useful with bonds you have to first convert them to dollars (themselves liabilities of the Federal Reserve).

"It’s only once you’ve done this that you can then exchange those dollars for the real goods & services that you actually consume, like houses & oil wells and land & gold & food.

"And that’s the point. Everything that we popularly call “wealth” (currency, stocks & bonds) are merely claims on the final items containing real value that we wish to own or consume.

"There are 4 times more claims on wealth than there are real things backing up those claims. This means 75% of these claims are actually worthless.”

Wake up. Look around. You're late. We hit the iceberg. There aren't enough life boats. We're taking on water. This isn't normal. They can't "fix the boat."

Worse, they don't want to. They hit the iceberg on purpose. They want you on a new digital currency ship. A ship you'd never willingly board unless you were drowning. So they're sinking your ship on purpose to force the change.

Time is short to convert. The more it melts, the more people default which causes other defaults until someone doesn't have the money to pay YOU. What can't be paid, won't be paid. First slowly, then all at once.

Now, more than ever, it's wise to ask yourself, "If I knew all my paper, dollars & digits would be worthless tomorrow, what would I buy today?"

Financial collapse isn't our only challenge. Watch this tough love, 17-minute, somber documentary "Delusions" by Mike Adams. This reveals other imminent realities about to smash the unaware, mainstream mass of mankind.