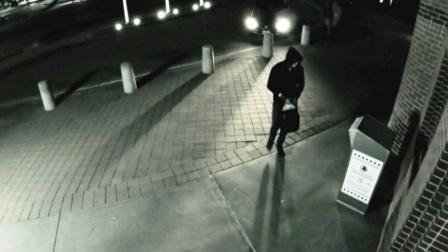 Like any topic, when you look deeper into it, you learn things are not as they are publically presented.

Those who deny the reality of massive election fraud have not looked deeply into it.

Two great documentaries are a good place to start.

ô2,000 Mulesö proves there is an organized army of people creating and collecting hundreds of thousands of fraudulent ballots and delivering them to drop boxes in the middle of the night. The investigators used indisputable cell phone GPS and drop box video to identify the mules. Then they prove the numbers of fraudulent ballots were far more than needed to steal the elections from candidates the people actually selected.

ôSelection Codeö reveals the electronic voting machines have hidden computer code that erases valid votes and replaces them with fraudulent votes. A Colorado election director captured the code by copying the programming data on her county's election machines instead of deleting it as ordered by her corrupted Secretary of State. Computer experts then investigated, identified and exposed the nefarious code inside the machines.

There are many other ways to easily detect obvious vote fraud in the 2020 election. All it takes is common sense.

Compare the size of the candidatesĺ crowds -- both during the campaign and today. Look at the results of the historical bell-weather counties that always reveal the winner. Look at the late-night, coordinated vote stoppage in all the swing states. Look at the middle-of-the-night ballot drops where hundreds of thousands of ôvotesö all went to one candidate. Look at the colluding media cancelling and censoring any and all evidence and voices that question the results. Look at all the court cases refused due to ôlack of standingö or other technicalities, refusing to look at any fraudulent vote lawsuit on its merits.

Normal people, with normal intelligence, who are not brainwashed by media gaslighting, see that the 2020 election fails the smell test. It obviously reeks, so you know itĺs rotten, and this is proven when you look deeper into the event.

We've all seen the many other crimes our leaders have committed. Of course they'd cheat to keep their power. They are not going to let mere voting stop their lucrative scams and purposeful destruction of the USA.

When state & federal leaders steal an election by fraud they are criminals. Fraud negates everything. So they are illegitimate and have no lawful claim to their position. So everything they do and order is unlawful, making it immediately null and void.

Criminals have overthrown our self-government. They have negated our rule of law. In America, THE PEOPLE are superior to government because we CREATED government. The Declaration of Independence gives us the lawful authority to make things right. Leaders only serve due to the consent of the people. Remove your consent.

The only reason these election crimes are not obvious to everyone is because a global cabal owns ľ through stock ownership, bribes, blackmail & physical threats -- all the mainstream media, leaders, judges & election officials needed to say their crimes never occurred. (To prove the massive size of the cabal, watch the free, 60-minute documentary, "Monopoly: Who Owns the World?" Find it at Rumble.com)

Normal people see that the crimes DID occur.

If not, you've been fooled by the very media & authorities who performed the crimes. Look deeper.

Very little tightening of election controls has been instituted to prevent more election theft in 2022. Despite the obvious need, the criminals in charge have not allowed it.

Go ahead and vote. But self-research, critical thinking and non-compliance are the only ways we'll ever free ourselves from the illegitimate criminal cabal.