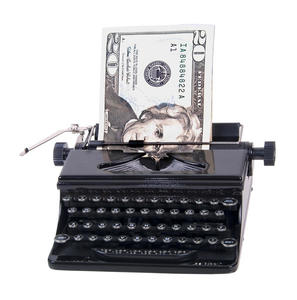 Gaslit Once, But it Came Out Write

I'm retired so have no writing clients.

I’d paid a propane bill six months ago. Then I learned a neighbor had paid half what I paid by using another company. This ticked me off because I’d been using my company for 15 years. How could there be such a large price difference per gallon?

So I called both companies and asked some questions. I learned something surprising.

My company had switched to a pre-pay plan that charged half the non-pre-pay price. If you weren’t on it, you were charged double. Just buy in advance and you get the lower rate. No one had told me of this option.

So when my bill came, it was two dollars per gallon higher than market rate! Since I only buy propane once a year I wasn’t up on market prices and just paid the bill.

So I immediately bought more via pre-pay to get the lower rate on my next delivery. Then I asked the propane rep about getting a refund on my last bill. She said she couldn’t do that. So I asked for a supervisor. She said the supervisor couldn’t do it either.

So I let it sit for awhile. Finally, it galled me enough to push it. I web-searched the company and found the highest ranking VP of operations covering my half of the country. And wrote him an old-fashioned postal letter.

Within 10 days I received a call from the manager of customer service who apologized and told me a refund check was mailed.

The letter took less than an hour to write and the refund was $586.28.

Several lessons here. The pre-pay plan seems like a kooky way to run a business, but it’s their business. To their credit, they eventually did the right thing when I pushed harder and described the situation. I learned to stay up on the prices. I’m now using their pre-pay plan to get the cheapest rate. I didn’t give up after being told “no.”

I once again got paid to use my writing skills. And was once again reminded that money is not the only way those skills have paid off. Learn the many other ways in my article, Writing is a Super Power