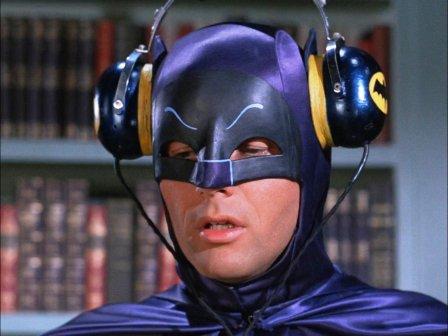 By day, I ran the sales and marketing efforts of 90 7-Eleven stores.
By night, I slipped into my secret identity as delivery boy for the Wall Street Journal.

I was saving money to buy a house and took a second job to speed my results.

The auto route was perfect for me. I delivered in the dark at 4am. I worked in my own car. I wore my own casual clothes. No traffic. I never had to deal with a single person.

The route was spread over 50 miles so I had two hours alone, five days a week.

I’d run paper routes for six years as a kid so was already in love with the pre-dawn world.

But as an adult, I had the luxury of a car and a cassette tape player. This is where I met Earl Nightingale.

“The Strangest Secret” is his classic talk that sold over a million copies. It taught the magic formula that every earthling should internalize.

YOU BECOME WHAT YOU THINK ABOUT.

That lead me to his 6-tape program, “Lead the Field.” That was sold at Nightingale-Conant, a company Earl founded with his friend Lloyd Conant. The company became the world’s largest self-development company.

From there it was off to the races with many other inspirational self-development tapes. My head was exploding with possibility.

So absorbed in the new ideas, I’d return home with no memory of delivering a single newspaper.

And I got a paycheck for doing it.

Years later, thanks to those tapes, I became a freelance writer. I duplicated this “paid to learn” scenario by interviewing hundreds, including the Senior VP of Marketing & Publishing at Nightingale-Conant. He went on to become president of the company. His positive comment about my article is one of my all-time favorite testimonials.

I got a paycheck for all those interviews and articles too.

Later, I took a job at a radio station as a part-time DJ just to learn the inner workings of that industry.

I got paid to learn there too.

Today, I advise young people to take a job to learn, not earn. Now everything they experience is devoured with the desire to master it for use in their own business later.

With that mindset, they get paid TWICE. Plus the angst of employment is now tempered by daily progress on their realistic escape plan.

Mature employees who want the same don’t have to slip into a pre-dawn secret identity.

They just need to adjust their mindset from earning to LEARNING.

Wherever you are, whatever you’re doing, is providing experience that can be applied to your own escape plan.

Just look at it a bit differently and you get paid TWICE.