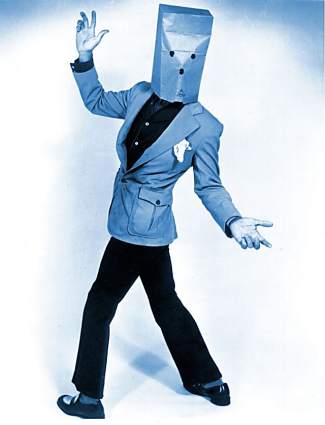 For a period in the 90’s, I entertained earning a living as a comedian. I was spending hundreds of hours in AOL chatrooms practicing “sit-down comedy,” writing and archiving thousands of one-liners. Due to audience response, I knew I had it.

I even attended a comedy writers workshop with some high-rollers in Los Angeles. This gave more insight into the industry. This was a viable opportunity if I chose to dive in.

I’m a big fan of combining a mishmash of skills, talents and experiences to create something new.

So I considered becoming The Economic Comic.

I was very familiar with both economics and comedy. I liked the paradox of combining two opposites. I pictured myself playing the role of a boring, buttoned-down accountant who was subscribed to a dating service. I’d unawarely spew double-entendres using industry words like “inflation,” “arrears” and “early withdrawal.”

I'd share how stories about the loan arranger caused the waiter to bring Silver but lowered my date’s interest rate. That excessive fixation on her assets became a barrier to entry. How full disclosure, too early, led to antitrust issues and a 30-day cooling off period. And if you desire mergers and acquisitions, never, ever, ask if those bubbles are subject to deflation.

I could do this all night. All with a bowtie and straight face.

But life is funny. Comedy funny and irony funny.

After introspection, I realized I valued other opportunities more. So I chased other things instead.

So The Economic Comic only performs in my head. The one-liners just randomly pop in as I go through my day.

My inner chuckles and smirks are leading indicators of productively-deployed intellectual capital.

The rate of return may be less for an audience of one, but it’s MY audience. 100% equity.

It was a Fair Trade.