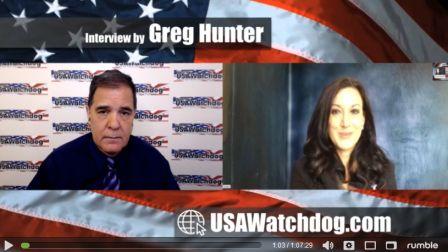 Iím not a doctor. But Iíve been studying multiple, credible, credentialed doctors involved in the covid situation for several hours per day, every day, since December 2019. This adds up to thousands of hours of non-mainstream research.

I learned to never take a covid injection or test. The first is deadly and the second is worthless and possibly harmful. I wonít wear a mask because they are useless AND harmful. You cannot restrict your respiratory system without causing harm.

I learned about the early treatment protocols from credentialed doctors getting real, spectacular results, then used them myself when I developed symptoms. They worked quickly and cheaply right at home. Now I have natural immunity.

The approved narrative never made sense to me. With medical errors being the third largest cause of death, it's healthy (ha-ha) to get a second opinion. So I did. I actually got HUNDREDS of second opinions. There's an easy way to evaluate who deserves your ear.

By their fruits ye shall know them. I listened to the experts with real evidence and real RESULTS.

There are thousands of credible, credentialed doctors, scientists, nurses, embalmers and whistleblowers revealing that the covid injections are purposely created bioweapons. These people have nothing to gain and everything to lose by speaking out.

Specifically, they say toxic injection contents were designed to stick to the inside of your blood veins and organs to maximize damage throughout your body. These toxins override your DNA to make your body manufacture synthetic calamari-like growths in your veins and arteries, while simultaneously destroying your immune system. Worse, the creators made these sticky, organ-seeking toxins in a way that makes them impervious to every antibody your immune system can launch.

Expert researcher Karen Kingston is a biotech analyst who used to work for Pfizer and the vaccine industry writing their papers. She has read virtually every covid paper, manufacturer product description and biotech patent published by the vaccine companies and their makers. She says the documents spell out the exact evidence of their crime. She says itís as simple as them using medical jargon that 99.9% of the world does not understand to hide what they otherwise say -- they designed and created the covid vaccines to purposely destroy humanity.

The FDA then knowingly approved their emergency use anyway. They then told the public the injections were safe and effective. "Covid authorities" & cabal-owned media then repeated "safe & effective" millions of times.

Kingston says these documents prove the FDA, CDC, vaccine companies, their manufacturers and the very top covid authorities all knew the truth and are guilty of genocide. The covid virus was never isolated, so the tests could never work, but the massive number of false-positives created the thousands of daily "case counts" broadcast and published by mainstream media, causing the fear that drove 60% of the population to take the poisonous, experimental injections.

The injections were also designed to create hundreds of different problems and diseases both directly, and then indirectly, by destroying your immune system. Every additional booster just makes the situation worse. Cancers are up 10,000% in the vaccinated. Stillbirths increased by 500% after injection. Male fertility dropped 22% after the jab. Over 1.1 million excess all-cause deaths (deaths exceeding the past five year average) have occurred since the injections were launched in the USA. Tens of millions globally.

Currently, over 2,500 excess all-cause deaths are occurring in the USA EVERY DAY. The CDC, FDA, Medicare, military and life insurance medical statistics all verify this carnage of injury and death. This is why so many people are suddenly dropping dead all over the planet.

Karen Kingston understands the language used by the injection industry so sees the crime spelled out clearly. She sent this information to congress and leaders over a year ago and no one has been arrested. No leaders have shared her information with the public, including Rand Paul. So his attacks against Dr Fauci are controlled opposition. Heís part of the con. Heís just posturing, pretending heís doing something, to keep citizens ignorant and frozen from revolting.

The government then doubled and tripled down by unlawfully mandating injections to workers, students and military. The government has never pushed an injection so aggressively. I believe they went all in because the move was life or death for them. If they achieved enough injections, weíd die off before we caught on. But if not enough injections were taken, survivors would figure it out and the bad guys would all be executed.

But worse, the deadly injections change our DNA. The devils injected things that drastically alter the humanity God gave us. Now studies have proven those toxic things shed to others. The vaccinated people are a danger to the unvaccinated. Notice this is exactly opposite what officials told us. Fortunately, part of the transferred poisons can be mitigated by taking low-cost vitamins C, D and zinc, and decades-old, proven parasite fighting drugs like Ivermectin. Do your own research.

Iíve also seen massive amounts of information revealing the people responsible worship Lucifer. I believe these people are trying to destroy humanity, Godís creation, as a direct attack on God. I believe this is an actual, biblical battle between good and evil. You came to this earth at this time for a reason.

Devil or not, the injections are purposely-created bioweapons launched upon a global population. The premeditation is all you need to know to get your brain around the depth of evil involved.

Karen Kingston calls the covid situation "extrinsic fraud." This is when a small group commits massive fraud at the top, and others down the chain go along with it, either with direct knowledge, or unknowingly due to misplaced trust, financial incentives, peer pressure or just a desire to go along to get along. This is how genocide can start at the top, then reach all the way down through the chain to your personal physician.

In a recent interview, Karen asks, ďďHow much longer are doctors going to defend the safety of these injections? Why are people not waking up? (Because) their trusted leaders and their family doctors are telling them these mRNA injections are safe and effective. . . . In legal terms, it is the definition of extrinsic fraud. . . . These are gene editing technologies, and the FDA does not have the right to call these injections a vaccine. They are not even gene therapies because they cause disease, disabilities and death. . . . They are bioweapons.... This is fraud. The claim that these injections are safe and effective is all based on fraud."

So. Are we too late? Have too many already taken the injection? Will the masses catch on? Can we stop the jabs and stop the devils in time? Will we?

Karen's interview with USAWatchdog.com: ďEveryone Knew the Injections Were a BioweaponĒ

Proof there is a global cabal in this free 60-minute documentary: Monopoly: Who Owns the World? (Teaser: the same people who own mainstream media own the vaccine companies)

As a final note, my readers in Wyoming should know this. Over the past two years I have shared my researched warnings about the shots and masks, along with hundreds of links to credentialed proof, in dozens of emails. I have sent these dozens of emails to our Park County sheriff (he blocked my emails), Cody mayor & police chief, local health official (blocked my emails), state health officials, state legislators, county commissioners (Livingston blocked my emails), school board members, Cody newspaper publisher and the Wyoming governor's chief of staff.

I have sent reams of evidence to my county prosecuting attorney multiple times, asking him to investigate the governor and state health officials for failing to give citizens informed consent about the dangerous, experimental shots. This is required by international law (The Nuremberg Code)

No response. Crickets. No one has warned citizens, stopped the injections or stopped the enabling perpetrators. This is absolute proof of the "extrinsic fraud" that Karen Kingston describes. By repeating "safe & effective" lies and/or silence and inaction, these local and state officials are enabling the injuries and murders to continue. As the genocide becomes more apparent to the masses, I won't forget their enabling of the crimes. I hope you won't either. They could've stopped all this 18 months ago by speaking out. They could stop it today. But they refuse as shown by ignoring the credentialed warnings in my letters. They had the information and did nothing.

But then, most of these folks took the injections themselves (and recommended them to family & friends) so have the instant karma of eating their own cooking.
May God heal and forgive their souls.

They're deep in the sin but there's still time for redemption. I'm rooting for them to awaken, perform their duty and make ammends.