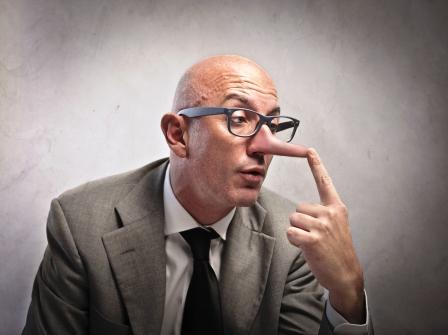 Oswald killed Kennedy.
The vax is safe & effective.
The last two elections were the most secure in history.

OBVIOUS lies to anyone who looks an inch deeper than the mainstream narrative.

But call them lies in public and government will say you're spreading "misinformation."

The best reward for your own non-mainstream research isn't learning that government lies.

The best reward is gaining insight about the liars.

Once you see how large and loud they lie, you understand the depth of the evil you’re dealing with.

Once you see who repeats the lies, you understand there is a massive, colluding cabal running the largest media, corporations, organizations and governments throughout the world.

This clarity lets you see the truth and step outside the matrix. Now you make decisions that are exponentially better for you and your family.

You’ve stepped from the darkness into the light.
You clearly see who is good. Who is evil. And who can’t tell the difference.

This changes your perspective about everything for the better. Clarity and awareness always beats confusion and delusion.

It's exactly opposite what the cabal says it is.

It’s easy to determine who is really guilty.

If the cabal accuses someone of a bad deed, it means the cabal actually performed the bad deed themselves.

Just reverse everything they say. They told us this themselves:

“We’ll know our disinformation program is complete when everything the American public believes is false.”
- William Casey, CIA Director, 1981

So change it to your benefit:

So let's review those opening, official narrative lies with my better translation rules.

WE (the cabal) killed Kennedy.
The vax was purposely designed to be deadly and cause damage.
The last two elections were the most fraudulent in history.

See the process here? Good. Now you're wiser than half the country.

Go forth and reverse all the cabal's other official narratives and learn those truths.

The largest spreader of "misinformation" (lies) has always been the holder of the biggest microphone -- The Government/Cabal.
They double down by ordering their media to OMIT any "news" that hurts the cabal.
They triple down by censoring and cancelling any whistleblowers who challenge their narrative.

Despite all that power and all those resources, the cabal cannot fool anyone who values truth more than lies.

There are tens of millions of us in the USA. We discern precisely WHAT and WHO these lying traitors are.

They know this, so they label anyone who questions their narratives as "domestic terrorists."

Class? When they acuse us of something, what does that reveal about them?