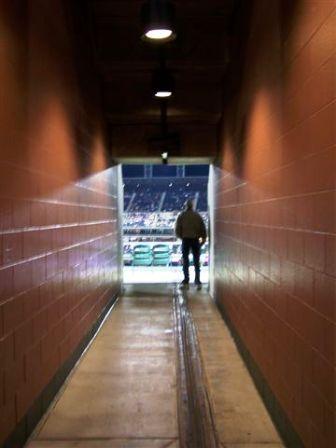 When I quit the Twins and Vikings it was like quitting my childhood. MLB and the NFL lost many fans when they aggressively went woke.

I’d been following them for over 50 years so this blasted massive holes in my life.

They both lost me when they donated millions to the people who burned down Minneapolis. Then the Twins removed the stadium statue of their founder because he’d made an innocuous business comment 40 years prior that they now deemed “racist.” Then both teams demanded their fans and players take the covid injection bioweapons.

I was a subscriber to the NFL and MLB TV packages. I’d attended Twins Fantasy Camp. I’d bought tickets in all three of their stadiums. I had over 50 years of Twins & Vikings memories.

In 2020, team ownership left baseball & football and stepped into social destruction. They insulted and injured their fan base (and players!), destroying our relationship.

They’ll never get another nickel from me again.

These are the choices we face as the criminal cabal purposely, systematically destroys the world as we know it. Along the way, organizations that cannot discern evil, end up enabling the destruction.

If we don’t stand up and scream our resistance now, to their softer attrocities, we’ll never gain the courage to resist when they roll out their hardest atrocities.

A price must be paid for enabling our destroyers.

I know my quitting hurt me far more than it hurt them. I’m just one guy. But I’m doing 100% of what is possible for me. Plus I’m talking about it.

Can you say the same?

If you ever wondered how you'd act during the holocaust, you’re doing it right now.

Are you living the story you’ll be proud to share after you leave this earth?