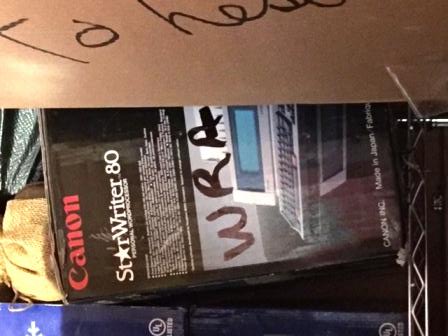 Yet the "experts" tell you the best route to retirement is to save and invest over FORTY years. Then live off your nest egg. They totally ignore inflation.

If your nest egg goal is $1 million, thanks to inflation, in 40 years you really need $2.5 million to buy what a million buys today.

You'll never keep up with the melt. Common sense says it's dumb to save something that is melting in value.

Instead, it's smarter to SPEND it today before it buys less tomorrow. Better, you spend it on something that gains more than 10% value every year so you overcome the melt. And if that something quickly gives you financial and time freedom at the same time? SMART.

Thanks to my career as a writer and researcher, I found that "something."

I bought that word processor to master the assembly of letters. I had no idea that journey would lead me to master numbers.

"It's Now Impossible to Save/Invest Your Way to Retirement"