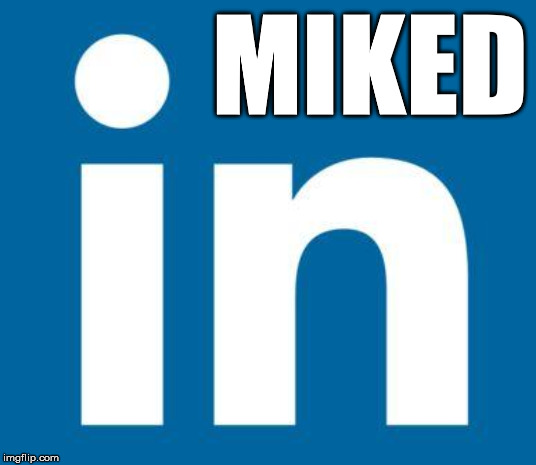 I’m off LinkedIn again. I turned off my account so no one can see my posts, articles, comments or profile.

Social media is like walking into the cantina in Star Wars. The room is filled with drunk, crazy, angry, loud and defective people. There are a few gems in the room but you have to sift through the mediocre majority of the asleep & unaware to find them.

Ultimately, it’s not worth the effort.

The LinkedIn overlords are now cancelling content that does not meet the liberal/government/corporate/medical/pharmaceutical narratives.

This goes against freedom, truth, best practices and small business.

Entrepreneurs are independent thinkers who constantly question conventional wisdom. This is no longer allowed on LinkedIn.

So the site is predominately plain vanilla, narrative-approved, corporate & government press release blather. It’s like watching MSNBC but without being allowed to throw up. You ARE allowed to kiss butt with an approved comment. But disagree and you’re erased. Just swallow your own vomit and move on.

So I have. LinkedIn is just one more thing that used to be good but is now destroyed due to the "woke" cancel culture. Put it on the list with sports, elections, civil discourse, facts, freedom and logic.

People could be so much more but they’ve swallowed media disinformation and are too lazy to do their own research. Then they evangelize that bad information, making the people who know better miserable, while enabling tyranny. The "media-fooled-woke" believe they’re saving humanity but they're actually destroying it. It's pitiful. Sad. Ignorant.

They don't realize the mainstream media, including LinkedIn, is owned by an evil cabal, so everything they're told is lies and misinformation fabricated to divide us. They don't see that by believing and acting on those evil communications, they're actually enabling and licking the boots of those who oppress us all.

But those with higher awareness and independent research skills see it.

If you're one of my more aware pals from LinkedIn, I hope you've found this. I'll continue to add new posts here on JeansAndaDog.com

(Update: as of Dec 2021 I am back on LinkedIn. I share business and life advice there only. I joined Gab to read & post all the things LinkedIn would censor)