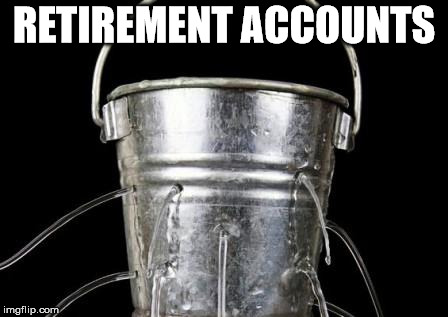 Ice Cream on a Hot Sidewalk

Your retirement accounts have already been stolen. You gave them real money and they gave you paper statements.

They don’t have your money. They spent it to buy other paper statements that have no real money to back them up either.

Your statement is not the money itself. It is merely a promise to pay. What can’t be paid, won’t be paid.

In addition, real inflation is running 17% per year (shadowstats.com) and growing. So you need a GAIN of 17% in your investments just to keep what you think you have.
Few earn such high returns so the vast majority are watching their savings MELT, despite regularly adding to them.

Wake up. Stop handing your money to thieves. Stop saving something that melts.

It’s stupid to store ice cream on a summer sidewalk. Dumber still to add more ice cream to the melting pile, expecting it to grow.

The obvious solution is to immediately convert your digits, dollars and paper statements to REAL, PHYSICAL things that do not melt. Things you can touch. Things in your physical possession. Better yet, physical things that gain more than 17%.

The melt will not stop. In fact, the forecast predicts much hotter temperatures.

I can’t say it any clearer. If you do not withdraw and convert your digits and dollars now, you will lose them all. Either through hyperinflation, counter-party risk, market crash, false flag attack or direct confiscation.

The cabal is going to steal all your money.

This is a fact. The cabal says so itself. They say that after their “Great Reset” (which is speedily underway) "You will own nothing and be happy."

Is that clear enough?

Withdraw today and you stick it to THEM.

Wait and you let them to stick it to YOU.

Screw the thieving cabal. Make their life harder. Take back your money while you still can!

To personally, peacefully stop the cabal, read: "Feed Yourself, Starve the Beast"

The cabal devils obey a strange rule. They must warn you of their coming crimes. If you remain silent or do nothing, they take that as your free-will agreement. Here is their "total dollar collapse" warning: $80 Trillion Missing