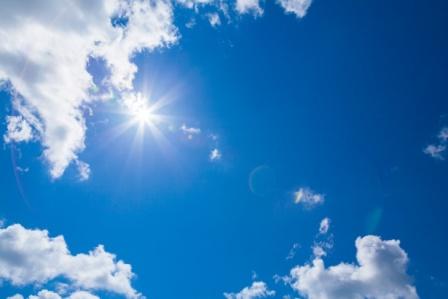 Why is the Sky Blue?

Why is the Sky Blue?

Every child asks this question early in life.
Every child is given the wrong answer.

And another soul is steered away from God’s reality into the gaslit matrix run by the devil’s cabal.

Why is the sky blue?

Few adults ever ask this question. Even fewer realize it is the one question that reveals everything they think they know could be wrong.

We are taught that we live on a "planet" which is a spinning ball. Yet we cannot independently see this ball or feel any spinning.

If earth is a ball, there must be measurable curvature. Math exists to calculate the curvature of a 25,000 mile circumference ball.

Using Wikipedia’s earth radius of 3,959 miles, the math says the earth curves 8 inches per mile squared. That equates into these distances and curvatures: 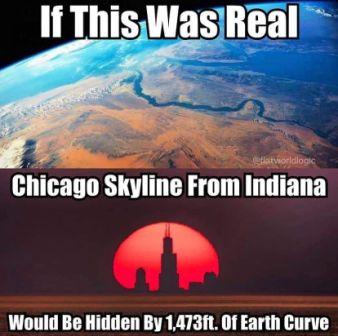 If you can see all of something five miles away, at your same elevation, something is off because that thing should be 16.67 feet below the curve.

The farther the distance, the greater this problem becomes.

Amateurs and scientists have made thousands of measurements and detected no curvature. Even at distances exceeding 1,000 miles.

Those ships you’ve watched sail over the horizon, proving the curve? Use a Nikon P900 (83X magnification) and those ships come right back into view.

It turns out the horizon is the limit of our eyesight range, not the curve of the earth.

If there is no measureable curvature, the earth is not a ball. (Experiments prove it’s not spinning either, but we won’t go into that here).

If the earth is not a ball, it exposes the people and organizations saying so as proliferating a massive lie.

Which then causes you to question everything you’ve been taught, which exposes dozens of other massive lies.

It’s the one loose thread that once pulled, unravels the entire false garment.

So what is the earth? 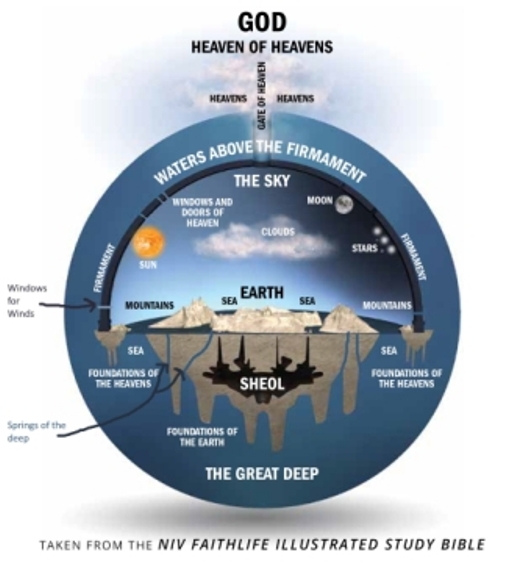 Here are some verses about creation from Genesis, directly from the Vatican’s bible:

So... per the Vatican bible, the earth is a terrarium with the sun and moon and stars revolving above us INSIDE a clear dome.

No ball. No spin. The sun, moon and stars are clock-like, revolving LIGHTS, not distant, three dimensional objects in "outer space." Everything in our known world is INSIDE the dome.

So why is the sky blue?

Because there is water above the clear dome.

Wernher von Braun, the first head of NASA and the father of American rocketry knew this. He could’ve engraved anything on his tombstone but he left this:
"Psalms 19:1"
(The heavens declare the glory of God; and the dome sheweth his handywork).

Braun’s last message to humanity reveals that our rockets, satellites and spaceships can not get through the barrier of the dome. Evidence below says the dome is about 73 miles high.

I’ll leave you to consider (and research) the enormous ramifications of this deep rabbit hole.

A dozen scientists perform experiments & conclude earth is not a globe and is not spinning: Convex Earth Documentary (90 minutes)

13-minute proof: The Flat Moon Over the Flat Earth

Both these free videos can be watched on your TV if you load Rumble as a free streaming channel (not RumbleTV, just plain Rumble). Or, just click the links & watch on your device.

Most search engines are frontloaded to ridicule flat earth. They bury real flat earth proofs or omit them entirely. The best place to enter this rabbit hole is here: Flat Earth Dave