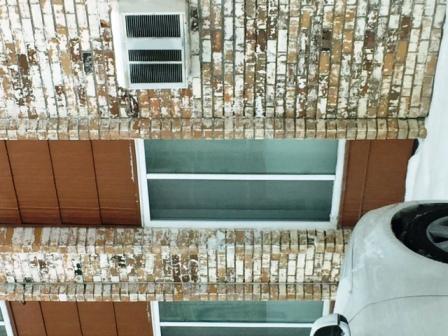 In 1977, this window looked into my gritty, hopeless little life of bare survival.

I was broke, demoralized and trapped. Then the phone rang and that window became an escape hatch.

Forty two years later, I parked in front of this window and reflected on my journey since.

Nondescript, no one would recognize this shabby little apartment window as a portal to an uncommon life. I remember climbing through this window as a shortcut to the dumpster, as I jettisoned everything that wouldn't fit into three cardboard boxes worthy enough to bring into my new life.

I still remember overhearing a trash rummager going through my stuff each time I stepped through that window for another load. "Who'd throw away a bowling ball?"

Someone who was starting over, that's who.

I sat in the car, in front of this window, grateful, for a solid ten minutes. The glass could've easily caged me. Instead, it transformed me.

Gain the rest of the story here: "The Lost Wallet Stuffed With Cash"