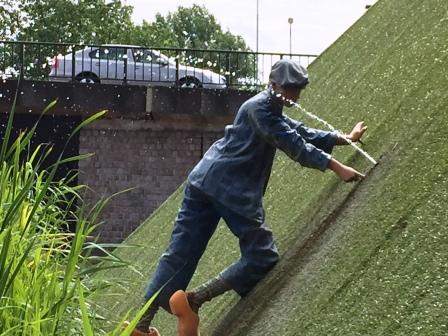 Once again, the masses were snookered to chase idiocy over the cliff because "influencers" ahead of them did so first.

The cryptocurrency exchange FTX just crashed to its intrinsic value of zero. A few months ago it was valued at $34 billion. That's 34,000 millions.

FTX was a giant ponzi scheme that took new money in the front door to cover old money being stolen out the back door. It also operated as a money laundering operation to funnel billions of US tax dollars sent to Ukraine, who invested it in FTX, whoÆs founder then donated millions to democrat candidates in the USA. It's easy to speculate hundreds of millions in kickbacks were paid too. Don't forget 10% for The Big Guy.

This is case study #1 on how corporations and governments and politicians collude and operate behind the scenes. We should revolt, stop sending them any money and arrest them all. Due to this theft and taxpayer-funded stolen elections, many "leaders" are illegitimate criminals. This makes their orders and laws null & void due to fraud. Fraud negates everything. We owe no obedience to criminals.

But back to investors. Due to FTX going to zero, every other cryptocurrency is now in doubt. The attraction of digital crypto was that it provided private savings outside the reach of governments and the existing financial system. This never really worked due to volatility of the cryptos. Their value fluctuated daily by up to 15% at a time. Plus their value was only based on algorithm ōrarityö not any physical asset. If you lost your inscription key, you lost your money. No recourse. If the power or internet went out, no access. If the founder stole your money, or governments subpoenaed it, no money.

Now, the counter-party risk will hit. Billions were lost so the losers will now be selling other assets for cash. This wave of losses and selling will cause other losses, preventing people from paying others what they're owed. The contagion cascade will race through all cryptos and all assets, causing havoc in unexpected places. The big banks are certainly vulnerable. If a big one falls, due to 2.5 quadrillion in cross-connected derivative bets, the entire system crashes. No pensions. No 401ks. No social security. No credit. No production or delivery of goods. No gas. No utilities. No food. Chaos.

The only thing holding it all together minute-by-minute is central bank lackies keystroking trillions from thin air around the clock. They are desperately stuffing this counterfeit dark money into a cascading number of holes in the dike. Like cryptos, this too, is fake money created out of nothing. This can't continue much longer. Confidence in ever-ballooning paper and digits is plummeting everywhere.

Paper money is just like crypto. ItÆs only advantage is that you can hold it in your hand and currently exchange it for goods. Until it too, suddenly reverts to zero. People say it's backed by the US military. Fine. But half the world has created a non-dollar system and our dollars are losing purchasing power by 17% per year right now. Even the largest military can't contain all that. Especially if their paychecks become worthless too. 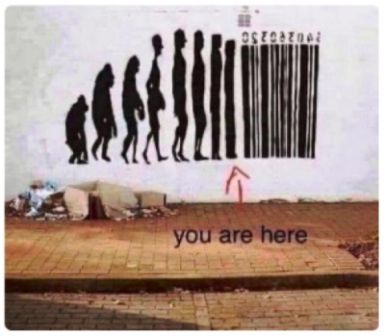 After the crash ¢ which the central banks will create on purpose (blaming someone else of course) and create on their timing -- a new digital money system is ready to launch. It's being tested in multiple US banks right now. These digital ōFed Bucksö are programmable. This means if you get too mouthy, they just turn off your money until you shut-up or apologize.

If they need more tax revenue, they just take it from everyoneÆs account.

Or issue "fines" for any nebulous reason and just scrape the money from your balance.

Gain 5 pounds? No pizza for you.

DidnÆt take a vax? No vitamins or Ivermectin purchases authorized for you.

Registered Republican? No donations to unapproved organizations for you.

Reading non-mainstream sources? No internet payment authorized for you.

Use too much electricity? TheyÆll just cap how much you can buy.

Want to escape the city? Nope. Your money only works within 5 miles of your current address.

Are you catching on? The cabal wants push-button control of your body, mind & soul. This is Dr Evil levels of tyranny folks.

The longer you wait to push back, the harder it gets. The only peaceful way out (other than divine intervention) is population-wide non-compliance to everything connected to the cabal.

Stop using debit & credit cards wherever possible. Use CASH. Create such a massive demand for cash that they canÆt take it away.

And convert the digits, dollars and retirement accounts you already hold into real, physical goods before it's too late. The day is coming where you will have to survive off the contents of your house.

Cryptocurrencies have once again proven what grandpa learned from the Great Depression.

If you canÆt touch it, you donÆt own it.

More: Feed Yourself, Starve the Beast

Proof of the Cabal in FREE 60 minute documentary: Monopoly: Who Owns the World?