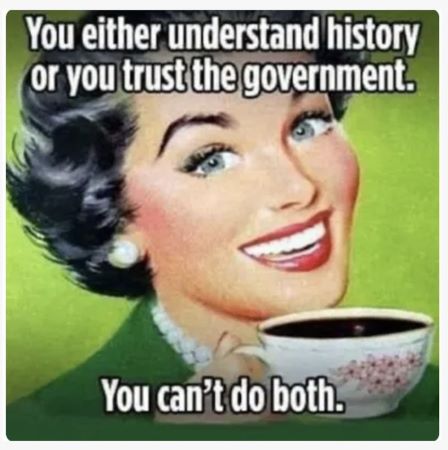 Will Arizona Remove the Criminals?

In America, we have self government. This means every government official works for US.

These public officials are limited to the very few authorities we delegated them in our federal and state constitutions.

Any order, action or law outside those limits is immediately null and void and carries no lawful force. They can be lawfully ignored by all citizens without any court case or lawsuit. Any enforcement of unlawful actions is unlawful itself, making the enforcer the criminal.

If overreaching leaders become corrupt, lawless tyrants, the Declaration of Independence gives us the lawful authority to physically remove them. Arrest them. No elections required. No judge’s order. No waiting for court cases. Open, peaceful citizen revolt, with constitutional, self-governing law on our side.

Arizona faces this situation right now. The election officials in Maricopa County certified a fraudulent election. Hundreds of voters and election monitors testified about specific, factual problems in the 2022 election. Fraud was wide-spread, obvious and mathematically provable. These officials ignored all that and arrogantly certified the fraudulent results anyway. Various state officials are backing them up.

So it’s on Arizona citizens. They can lawfully refuse to obey these tyrants right now. Fraud negates all authority. Pay no taxes. Obey no laws. Comply with nothing. Bring the state to a complete halt with open, peaceful revolt. They can lawfully, physically arrest and remove any official, any judge, any enforcer in the state who is part of the fraud. Today. Right now.

Obviously corrupted criminals, flaunting the law, exceeding their authority and negating our votes under the color of law, are owed no due process before removal. They must be removed and stripped of all authority immediately. Their behavior made them illegitimate. They created this situation by abusing their power. Once removed from position, then citizens will provide them due process to determine fair justice.

More elections, run by the same criminals, will not stop fraudulent elections. Arguing before corrupted judges will not overturn falsified results. The criminals have closed off every avenue for justice. The only remaining fix is stated clearly in the Declaration of Independence:

“… Governments are instituted among Men, deriving their just powers from the consent of the governed, -- That whenever any Form of Government becomes destructive of these ends, it is the Right of the People to alter or to abolish it, and to institute new Government…”

How peaceful this process remains is determined by the response of the criminals.

Will Arizona citizens see it this clearly?

Will the rest of the country?

If not, the tyranny will only get worse, and only more difficult to remove.

The solution is obvious. Paper ballots ONLY. Hand count ONLY with witnesses from all parties. No machines. Same day, in-person voting. Voter ID required. Counts must be completed and announced the same day.
Anything else creates gaps in security and transparency that allows massive fraud to occur. Only cheaters argue for election "gaps."

Proof that a criminal Cabal has overthrown America's self-government is found in the FREE 60 minute documentary: Monopoly: Who Owns the World?

To see what you can personally, peacefully do to stop the cabal read: Feed Yourself, Starve the Beast