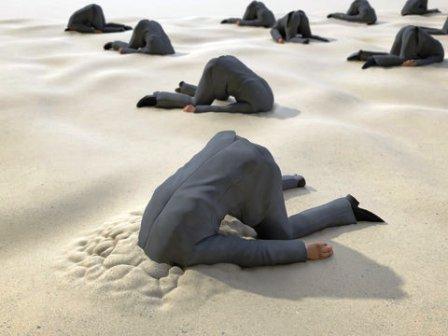 No earthly leader is going to come to your rescue.
In fact, many leaders are purposely trying to destroy you.
Mentally, financially, physically.

The higher their position, the more likely they’ve been corrupted.
Of those not corrupted, most of those are ignorant, lazy and weak.

They passively get their information from the cabal media, which means everything they think they know is wrong. Every critical thing they don’t know stays hidden, just the way the cabal manipulated it.

Then our leaders use this bad, incomplete information to make decisions that affect us all. Unless those decisions are forced by bribes, blackmail or threats.

But back to leaders’ information.

Sheep are hand-fed information. Wolves hunt for it.

Wolves are too smart to run for office in corrupt America. But wolves know what the hell is actually going down. America is going down. Our own leaders are destroying us (or enabling destruction) on purpose.

I just reviewed dozens of letters I’ve sent to Wyoming leaders over the past 18 months. From the Governor to all our local officials. I shared multiple warnings from credible, credentialed sources about the cabal and their bioweapon covid injection crimes against humanity. The letters were respectful. Well-researched with links to credentialed sources. 95% of Wyoming leaders never even acknowledged the information, let alone asked questions or replied.

Their silence was a total failure just on the simple matter of customer service. Most couldn’t even perform that satisfactorily. It makes one believe they've forgotten we're their BOSS, let alone their customers.

So of course they did nothing to stop the bioweapon injections and crimes. They never even used their influence to speak out.

The number of global deaths and injuries from covid injections now exceeds those of the Nazi holocaust.

The local and state leaders in Wyoming were TOTALLY SILENT during this covid holocaust. So were Wyoming media and law enforcement. Despite receiving credentialed evidence of the crimes. They KNEW. But it was easier to believe the criminals-in-charge instead. It’s always easier to defer to “authority.”

And Wyoming is supposed to be the most independent-thinking, conservative state in the union. Ha!

So it’s a depressing picture.

No worthy leader will run for office. The few who will, won’t get through fraudulent elections. And those who “win” are rewarded with seduction or destruction by their ignorant or corrupt “leader” peers.

So hunker down. It’s all going to fall apart. But the attackers will avoid confronting you at home. They know you own guns and know how to use them.

So they’ll destroy your dollars, digits and paper assets from afar. Launch more bioweapons from afar. Destroy your food sources and supply chains from afar. Rely on local cops to enforce unlawful mandates that they'll order from afar.

This will lead the sheep right where the cabal wants them – into very small digital pens or very large slaughterhouses.

The failure of people – leaders, citizens and enforcers – is passivity. It’s human nature to passively accept what is, instead of proactively investigate and create what should be.

I tried to enlighten local & state leaders. I shared thousands of hours of credentialed research. They ignored it. They failed spectacularly. They are responsible for what’s here, and what's coming, because they could’ve stopped it but did not. Never forget this. They wouldn’t even make the smallest effort. At best, they’ve been ignorant, lazy, weak and afraid. At worst, some might be corrupt. Can they change? Redemption is always possible but the hour is late.

I can also predict something uglier. Our enforcers will obey leaders' orders to harass the sheep. They only know what the cabal media tells them so won’t summon the knowledge and integrity to refuse unlawful orders. The enforcers could stop all this too. Tyranny cannot occur without enforcers.

A small percentage of enforcers might refuse the cabal. The moral and aware ones. The ones who have read their state and federal constitutions. The ones who know THE PEOPLE are superior to government because we CREATED government. The ones who know it's better to lose their job than lose their soul. But most enforcers will meet their maker with blood on their hands. “I was only obeying orders” won’t play very well at their after-death, life review. 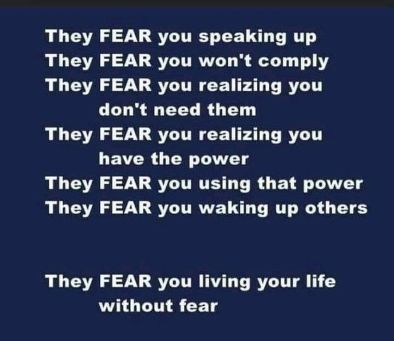 Of course the people could mass and refuse to comply. The Declaration of Independence says we can lawfully do so. We out-number the cabal and their enforcers by 10,000 to 1. But history shows that sheep tend to be sheep. Massive, peaceful refusal is our best scenario, but so many more people need to awaken before that can happen.

That leaves divine intervention. With God, anything is possible. Prayer works. God is eternal. Earth is temporary. Never let go of that.

We live in interesting times.

Time is short. Do your own non-mainstream research. Prepare your family. Become your own leader.

Adversity defines you. Face these temporary challenges in ways you’ll be proud to share on the other side. The ETERNAL side.

P.S. Are you a Wyoming leader who's offended by what I said? Prove me wrong. Actions speak louder than words. Redeem yourself while you still can!

To personally, peacefully stop the cabal, read: "Feed Yourself, Starve the Beast"

The cabal devils obey a strange rule. They must warn you of their coming crimes. If you remain silent or do nothing, they take that as your free-will agreement. Here is their "total dollar collapse" warning: $80 Trillion Missing

The saddest article I've ever written: End of Humanity?

Proof there is a global cabal in this free 60-minute documentary: Monopoly: Who Owns the World? (Teaser: the same people who own mainstream media own the vaccine companies)